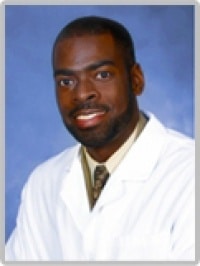 Dr. J. Jason Thomas was born and raised in Lansing, Michigan. In 1992 he decided to forego plans of attending art school, opting instead to attend Alcorn State University to pursue a degree in Biological Sciences. While at Alcorn he walked onto the football team, pledged into the Alpha Phi Alpha fraternity and graduated with honors in 1995. In 1996 he was accepted to the Howard University College of Dentistry. As a sophomore, Dr. Thomas met the then dental school dean Dr. Charles F. Sanders who has since been his friend and mentor. That summer he began his orthodontic apprenticeship under the tutelage of Dr. Sanders in his Silver Spring, Maryland office.

He graduated as the top clinician in his class of 90 and was one of six accepted into the Howard University Orthodontic residency. He went on to graduate with honors and was once again his class’ top clinician. During his six years at Howard he was captain of the Dental school’s intramural football and basketball teams. Upon graduation Dr. Thomas was recruited by a large orthodontic management company to open two new offices in Atlanta, Georgia. After working for this company for a year he decided to venture out, starting his own management company, “National Orthodontics: which is now four offices in size and growing. The company has plans to open approximately seven in the Atlanta area before expanding to other states.

We invite all patients to download our patient forms to expedite the paperwork at your first visit.

SCHEDULE AN APPOINTMENT FOR A COMPLIMENTARY CONSULTATION.